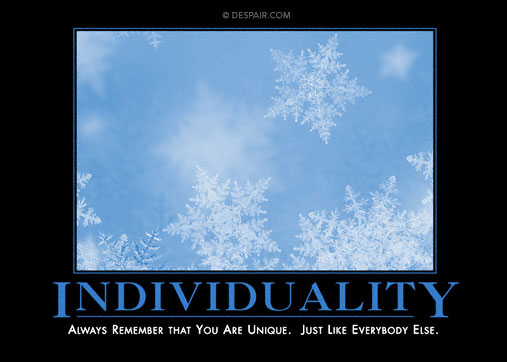 Don’t know when it happened but TV* has gotten better than movies. To me.. your mileage may vary.

*Reality crap does not count; it’s not on MY television or DVR these days, that’s for damn sure. Dan Perez may be able to find marketing wisdom watching American Idol, I just can’t.

The money it takes to make a financially successful movie is very high. For every ‘low budget’ Bridesmaids (hilarious BTW), there are probably a dozen than lose millions. Cable networks or smaller players like the CW can give shows a better shot at being different, at being their own kind of unique.

Critical darlings like Chuck and The Good Wife – which I’ve never seen – get their shot in TV. FOX stuck by Fringe and bought a 4th season, which still doesn’t make up for canceling too many of my other shows but it’s appreciated nonetheless. Still think it deserves better than Friday night. *cough*

Dramas like Friday Night Lights and Damages, which lets Glenn Close garble all the scenery she wants, live on via DirecTV. A&E, AMC and HBO all produce edgy, different fare that aren’t meant or marketed for everyone.

The other day Gini Dietrich and her merry band of smart readers talked about marketing: uniqueness, sameness and the music industry. The idea that being yourself, being unique sells. Does it?

Lady Gaga has spent a fortune building a reputation, designing a brand around bizarre costumes and tremendous web exposure all adding up to tons of Twitter followers, millions of YouTube views and a bankrupt concert tour.

All for One, and One for… not all.

As a Joss Whedon fan I was bummed when the well-reviewed Serenity didn’t do better at the box office. As a marketer I was disappointed at how the movie was promoted: they went after comic book readers and sci-fi fans, i.e. the people who either would or would not go see it anyway.

They were going for viral and word of mouth, but IMO missed the boat: the movie would and could be appreciated by any audience, by a lot of audiences. They pitched themselves into a niche, a genre and couldn’t break out of it.

I remember reading (but can’t find a link) that Whedon’s Buffy the Vampire Slayer was one of the top shows in Australia – across all demographics. What TPTB (the powers that be) did was market it as a good show; not just a teen drama, not just a vampire fantasy – a good show. They let its “unique” stand on its own, and let it hit any and all demos it could.

Creating your own market

More online-only TV is being produced, would that I had the time. During the writer’s strike a few years ago, Whedon wanted to do something different. His master plan: “change to show business” and show how there was another way to make a market, create quality entertainment and content. And he gave it away for free.

“Dr. Horrible’s Sing-Along Blog” was the result, a webisode musical that earned laughs, praise as one of the best inventions of 2008, a special Emmy. And my continued devotion.

Apple – thinking ‘differently’ for years – may be gaining, but still has a small share of the PC-market. Mobile and post or sans-PC, yeah.. whole other story as they march towards global domination and more millions.

I keep kicking this around, whether or not something needs ‘critical mass’ to be a success, what happens when branded uniqueness collides with individual tastes and preferences. Thoughts on the right formula, how to make being yourself and being different marketable, valuable, successful? Please share.