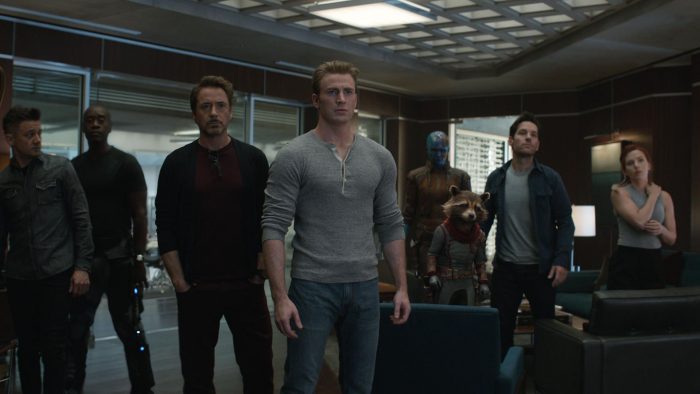 Expectations. Avengers: Endgame opened to amazeball reviews and box office this weekend. Game of Thrones’ final season is setting its own ratings records for HBO. As expected.

Both are popular franchises ending historic runs, giving fans (aka the paying customers) what they want and trying to meet very high customer expectations. Too bad. YMMV. SPOILERS.

Steve Jobs and Apple famously shied away from marketing focus groups. He didn’t listen to customers; he created the products and showed them the iToys they wanted, needed. It took years, and it changed the game for everyone.

Game of Thrones and Avengers started as a genre products, based on other popular media, and then took over the entertainment landscape. They excelled by shaking up those very genres, flipping the script on expectations.

It’s when the formula kicked in, the (overly gratuitous?) fan service, the rush to the crowd-pleasing end that the storytelling became forced. And the story suffered as they’ve tried to clear the bar on those expectations.

Because the script says so.

Anyone in customer service makes a better impression on me when they go off script – treat me like a person, not a number.

I thought Thrones got better creatively when it went past the books [never read; please don’t @ me] and – with the authors consult – was written for what we were seeing on screen. The MCU has benefitted from knowing its canon – and when to change it.

What you want isn’t always what you need.

The assumption that everyone is caught up in storytelling is both good and bad. On the one hand it cuts right to the action and doesn’t waste time. On the other, all the out-of-character exposition leaves those in-the-know fans scratching their heads when they need more Show, less Tell.

Endgame was a lot of fan service, logic be damned, that was good and bad. Payoff moments abounded, but coming off the knockout punch that was Infinity War, Endgame seemed too light and fluffy, some of the comedy forced. Worse its solutions and conclusions more or less obvious to anyone paying attention to 20+ movies.

Halfway through the final season, Thrones is somehow rushing to take its own sweet time. “Touching” reunions and “epic” moments, talking and talking, Contrivance taking a victory lap around Westeros 10 times an episode. The End is coming so every moment feels pat and simple, because the script needs to set up the next pat and simple episode.

Your Mileage May Vary.

Fans have invested time and money going to Marvel movies and opting for HBO, they deserve satisfying conclusions. But the stories do too, and by giving the customers exactly what they want, they’ve also failed them.

Your take? Do tell.

3 thoughts on “Game of Thrones and Avengers Give Customers What They Want. Too Bad.”